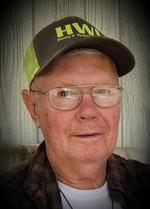 James was born Tuesday, March 25, 1941 in Spencer, Tennessee, he was the son of the late Bill Madewell and the late Dovie Sparkman Madewell.

He was a member of the Clark's Chapel Church, and was retired from the State Highway Department.

In addition to his parents, James was preceded in death by his sister Elizabeth Sullivan, brothers Freddie, Bill, Estes, and Donald Edward Madewell.

Special thanks to Generations of Spencer and Carris Hospice of Crossville, TN.

A Funeral service will be held Monday, January 27, 2020, at the Spencer Funeral Home with Jason Stevens officiating. Interment will be in Hodges Cemetery, Spencer, TN.

The family will receive friends from 10 AM to 2 PM on Monday, January 27th at the funeral home.

In lieu of flowers the family request donations be made to the Senior Citizens Center of Spencer or to the Hodges Cemetery fund.

All rights reserved. This obituary is also archived at obittree.com