To share your memory on the wall of J Wheeler, sign in using one of the following options:

Preceded in death by his wife of 61 years, Barbara Ann Wheeler; ... Read More
J. Walter “Buddy” Wheeler
Born on November 17, 1935 in Spencer, Tennessee
Died on August 19, 2020 in Fackler, Alabama at his son’s home under hospice care

Walter graduated from the Tennessee School for the Deaf where he was Class President in 1957. He was honored with the Ethel Poore Award which represents “Whose influence most promoted the welfare of the school.” His wife, Barbara, also won the same award for the class of 1958.

Walter was a superior athlete competing as a guard in basketball. He also was honored in the TSD Hall of Fame as a fullback in football. TSD defeated several of the top public schools in the Knoxville area during the years Walter played.

Walter retired from the Tampa Tribune where he worked in the Composing Department as a printer. He was a hard driven worker who was dedicated to his career. He used his stringent work ethic to teach his children the same values. Walter expected excellence academically from his children by instilling a “no excuses” mentality. Both Walter and Barbara taught their children to be independent and driven.

He and Barbara were avid travelers until his wife became homebound due to dementia. They enjoyed taking road trips across America’s backroads visiting 44 states. Their 40th wedding anniversary gift by their children was a Deaf Caribbean cruise. After a huge dinner reception of over two hundred family and friends, they celebrated their 50th anniversary by traveling the northeast residing for a month in Vermont enjoying the fall colors. For their 60th anniversary, they celebrated with family and friends at the beach.

Walter was a man who enjoyed and loved his extended family and the Deaf community. Both his 70th and 80th birthday parties were large events with many in attendance. He reveled the clean cut celebrations with great enthusiasm. Being with his loved ones was something he treasured.

Walter will be buried at Walling Cemetery in Pikeville/Spencer, TN. This is where he has generations of ancestors laid to rest from both of his parents. A rich heritage of Wheeler, Walling, Myers and Roberts ancestries with familial ties to Fall Creek Falls State Park. His family was recognized in the May 1939 edition of The National Geographic magazine where his family has multiple photographs. Also of note, Walter has many Deaf cousins including Johnny Maynard, Martha Myers, Darrin Myers and recently deceased Mike Wells and Dillard Myers.

In lieu of flowers, donations may be made in his memory to:
Grace Bible Deaf Church
or
Encompass Hospice
23820 John T Reid Parkway
Read Less

To send flowers to the family or plant a tree in memory of J Walter Wheeler, please visit our Heartfelt Sympathies Store.

Receive notifications about information and event scheduling for J

We encourage you to share your most beloved memories of J here, so that the family and other loved ones can always see it. You can upload cherished photographs, or share your favorite stories, and can even comment on those shared by others. 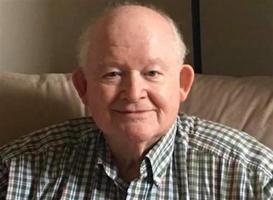